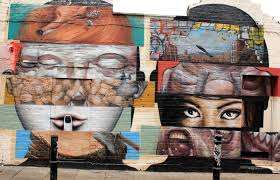 In the last several months I’ve facilitated organisation design programmes in four countries:  China, Dubai (UAE), South Africa, and UK.  In some of them there have been both that country’s nationals and people from other countries.  Across the programmes I remember representatives from Iran, Zambia, Egypt, America, Canada, Angola, Saudi Arabia, Qatar, Uganda, and Germany.  There may have been others.

During the last programme someone asked whether I’d noticed national cultural differences in approaches to organisation design.   This question led to quite long discussion on three aspects in particular:

The question on whether some organisational structures are more prevalent than othres in certain countries led us to look at Hofstede’s cultural dimensions and see what they could offer as insights.  Does a high score on the Power-Distance dimension, for example, lead to more hierarchical organisational structures in countries with a high score on that?  The Power-Distance dimension ‘deals with the fact that all individuals in societies are not equal – it expresses the attitude of the culture towards these inequalities amongst us. Power Distance is defined as the extent to which the less powerful members of institutions and organisations within a country expect and accept that power is distributed unequally.  … At 80 China sits in the higher rankings of PDI – i.e. a society that believes that inequalities amongst people are acceptable. The subordinate-superior relationship tends to be polarized’ (China’s ranking on this dimension is  80, United Arab Emirates 90, South Africa 49, UK at 35).

This dimension could lead to the assumption that hierarchical structures are more favoured in China than in the UK.  Obviously, this is a risky assumption – I’d like to know how many multi-national companies adjust their structures in relation to a perceived cultural dimension.   (Either to challenge or reinforce it).   And there are many critiques of Hofstede’s work.  One, well thought-through and frequently cited is the paper by Brendan McSweeney, ‘Hofstede’s model of national cultural differences and their consequences: A triumph of faith — a failure of analysis’.  Having done his analysis and discussion he comments on the “on-going unquestioning acceptance of Hofstede’s national culture research by his evangelized entourage”

However, in our case, it led to a rich debate on the relationship of structure (as in organisation chart) to culture and how we recognise the ways in which our cultural biases – conscious or unconscious – influence our guidance of our organisation towards an appropriate structure.

The second question ‘Do different national cultural norms affected the designing process?’  led us again to the power-distance dimension of Hofstede’s model.  This time applied to the role of leaders.  People talked about:

In relation to the resistant leader issue, Hofstede’s power/distance dimension is picked up in Erin Meyer’s culture map work, where her scale on leading ‘measures the degree of respect and deference shown to authority figures, placing countries on a spectrum from egalitarian to hierarchical.’  Her map draws on Hofstede’s work and also on that of Robert House and his colleagues in their GLOBE (global leadership and organizational behaviour effectiveness) study of 62 societies.

We discussed how to overcome this superior/subordinate response in order to generate a more reflective approach from leaders.  A few suggestions surfaced:

(I’m not convinced that unwillingness to reflect on a systems/participative approach to organisation design work is part and parcel of a national cultural attribute of power/distance but it’s a reasonable hanger for a discussion on how to stop leaders heading first for the organisation chart).

The third question ‘What are the organisation design short cuts that different cultures take?’ can also be discussed in relation to one of Hofstede’s dimensions, long term orientation. ‘Societies who score low on this dimension, for example, prefer to maintain time-honoured traditions and norms while viewing societal change with suspicion.  Those with a culture which scores high, on the other hand, take a more pragmatic approach: they encourage thrift and efforts in modern education as a way to prepare for the future.’ (China’s score on this dimension is 87, UAE has no score, United Kingdom 51 and South Africa 34).

This suggests that China may be more open to designing organisations differently, but a recent research article ‘uncovered twelve barriers to strategic design practice and leadership in China. Six of these are similar to hindrances experienced elsewhere, and the other six are unique to this study. The six common barriers include CEOs don’t understand strategic design, and ‘design is not given the ability to lead’ explained as ‘Designers tend to be seen as third-class citizens and ‘Top managers don’t see design as essential; no discernible design process’.

If you have a discernible organisation design process and still want to short-cut it what are the choices?  I’m still working on that one for the next programme!

Do you think national culture is an important factor in developing and/or applying an organisation design process?  Let me know.

One thought on “Organisation design and national cultures”