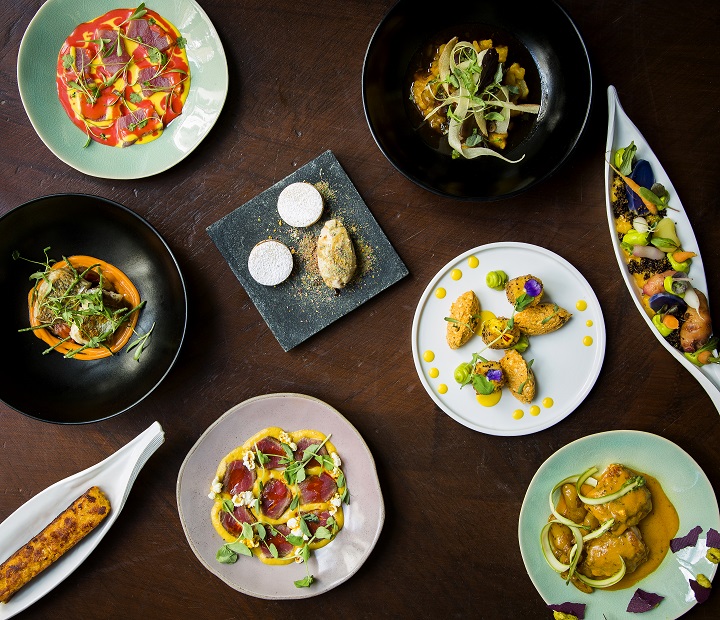 Strangers to the world of organisation design, might have thought that The European Organisation Design Forum Conference, in Budapest, last weekend (19 and 20 October) offered an eclectic tasting menu – ‘a set menu of smaller plates [that] requires your chefs to flex their creative muscles to develop a multi-course culinary experience.’

Like a tasting menu, the 2-day set programme consisted of sample portions of many different organisation design concepts, approaches, tools and ideas, served in several courses [forums] for a fixed price [conference fee] under the banner ‘Designing for Business Ecosystems’

There are different views on whether tasting menus are a good idea. On the one hand they enable chefs ‘to dazzle their guests with their skills, ideas, inspirations (and egos) … each bite-size course showcasing a skill, an innovation or an idea’.   And on the other hand, they can be ‘an off-putting “straitjacket” for guests’.

Comments from people I talked with at the conference reflected both views and yet, regardless of view, also reflected an energy about the ‘menu’.   Partly, this was because there were two tasting menus options offered simultaneously – much as an omnivore and a vegetarian can enjoy a tasting menu together – in our case a tech one and a human one.

At points the tech and human menus intersected – Karel Foltyn, Amazon’s Head of HR, MEU, giving a keynote over Skype, described some of his world, telling us how digitalization and global connectivity supports diverse teams of humans and robots enabling them to work together.

This presentation was, in spite of lots of testing beforehand, a little clunky in its tech delivery, which since all of us had experienced similar, we were good natured about.  I laughed when, the following day, someone sent me Tom Fishburne’s wonderful cartoon on digital transformation which neatly illustrated that none of us can yet rely on tech to delivery what we hope it will.  I can’t remember if it was in this session or another one that all the lights failed and we were treated to an instant pop-up array of light points from people’s smartphone torches.

People had very different reactions to the use of sli.do and quantified to ask questions, put points to the keynote speakers, and with the networkapp, find their way round the conference programme and notices.  As with a tasting menu – some felt the ‘strait jacket’ of tech, instead wanting the personal connection with people rather than a tech mediated connection.  Others felt these apps showcased ideas that we could experiment with and learn from.

The human sessions similarly evoked mixed reactions.  For some, the deep democracy action-session proved a bridge too far.  (Deep democracy is ‘the principle behind a community building process that hears all voices and roles, including our collective experiences of altered states, and subtle feelings and tendencies. It is a principle that makes space for the separable, the barely speakable and the unspeakable’).  For others it was a powerful experience that provoked insights and awareness.

Thinking again on the conference and how participants interacted with its diverse elements I am now wondering whether the conference ‘chefs’ (organisers) had artfully designed less of a prescriptive tasting menu and more of a mezze – ‘a collection of small platters where a guest can edit their experience to a certain extent – swiping hummus with a piece of kobez bread from here, sampling a crisp falafel from there’.

I recall the ‘Law of Two Feet’ was up on the main wall “If, during the course of the gathering, any person finds themselves in a situation where they are neither learning nor contributing, they can go to some more productive place.” People who didn’t want to stay in one of the scheduled sessions wandered out to the meeting areas to chat, work, drink coffee, eat something from the splendid variety of delicious food offered throughout the two days.

Four of the scheduled sessions were run as 8 parallel 45-minute open spaces each with a   conference participant hosting a topic they wanted to talk about and others showing up to discuss it with them.  The range of topics was wide – probably over 30 offered – with participants wandering between them and/or sticking with the ones that caught their interest.

And then there were awards – not the Great British Bake Off, but similar idea – for the best organisation design article – over 1000 votes polled from EODF members on this.  Three articles were shortlisted, from a longlist: Boosting Performance Through Organization Design, How to Create an Agile Organisation, and 10 components that successfully abolished hierarchy.  Here, you can see the 3 article authors giving us tasters of their articles, and find out who the winner is.

I had my own course on the menu in being awarded the Paul Tolchinsky Award – a true honour and a privilege, and had a lot of fun telling my story and watching it being immediately recreated and given artistic shape and meaning by the Playback Theatre Performers.  (If you want to know more on Playback Theatre techniques look here, but briefly it’s ‘an interactive form of improvisational theatre in which audience members tell stories from their lives and watch them enacted on the spot’).  I also enjoyed the graphic artist’s, Szilard Strenner from Grafacity,  ability to convert this, and each other session, into an amazing visual.

Nora Bateson’s session felt like a tasting menu in its own right as she introduced us to mesmerising concepts and ideas, enticed us to imbibe new words – symmathesy,   transcontextual (the inter-relationships that integrate complex systems), warm data – and urged us not to ‘commit the violence of reductionism’, a point that led me to the thought that we were missing conference debate on thornier issues.  These were hinted at in some of the 1 to 1 conversation but not in any groups, at least not in any of those that I participated in.

Maybe next year we will make space for ‘the barely speakable’, for example, how are we designing in situations of resource scarcity, of job precarity, of surveillance, of political repression and examine what responsibility we should take to tackle these types of organisational/societal challenges?

Putting that thought aside for the moment, all in all, I now see the conference as a delightful mezze/taster menu fusion.  It worked beautifully at many levels (real chefs take note).  People I spoke with left feeling well-satisfied but not overfull.  Thank you organising team – you cooked up great.

Readers: What makes a well-designed conference for you?  Let me know.