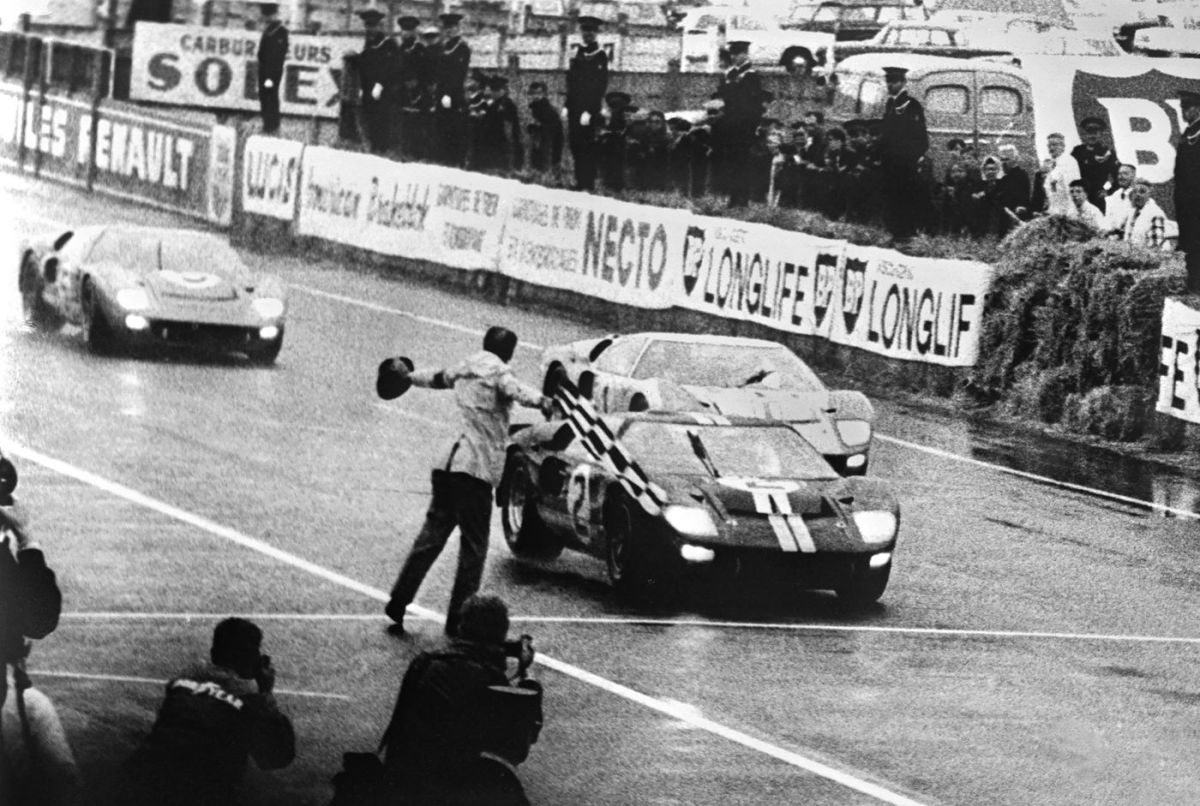 People often ask me what the connection is between organisation design and organisation development.  My usual response is to give a vehicle analogy.  A vehicle is a designed machine with a mass of interdependent systems and processes.  Vehicles (autonomous ones excepted) rely on a human driver and often human technicians and engineers to maintain the vehicle’s performance.  The skills of the driver, the choices made about maintaining the vehicle, etc are akin to development.  The vehicle + driver are a combination of design and development.  Most people get the analogy.  It isn’t perfect because organisations are not machines but its workable in illustrating the interdependence of design and development.

In the December 2019 organisation design training I facilitated, I mentioned the film Le Mans 66, directed by James Mangold, that I’d just seen.  If you want an organisational case study this is it.  Not only is it a seat-edge thrill to watch it’s also got design processes, skills development, leadership power plays, employee engagement, corporate hierarchy clashes, loyalty issues, ethical questions, battles for control, competing cultures, and searing human emotions/experience/dynamics.   In brief, it’s got anything you want to talk about in relation to organisations:  formal, informal, work, people encapsulated in it.

The film is based on a true story. ‘In a nutshell: Ferrari is set to be bought by Ford. The plan is rebuffed when the big boss Enzo Ferrari finds out that he’ll lose control of his precious racing team. And so, Ford, as a corporate F-U to Ferrari, asks Carroll Shelby, played by Matt Damon in the film, the preeminent American race car builder of the time, to develop a car to beat Ferrari at Le Mans. But the clock is ticking. And so he needs some help and hires the man he knows can both engineer the hell out of the car and drive the thing: Ken Miles,  played by Christian Bale, a brilliant WWII vet with a Brummie accent, who is unbelievable on the track and in the garage, but maybe not a people person.’

It turns out to be a battle between the organization men (‘the suits’, as Ken Miles calls them), and the risk taking, rugged individualists of Shelby and Miles who ‘battle corporate interference, the laws of physics and their own personal demons to build a revolutionary race car for Ford, and [successfully] challenge Ferrari at the 24 Hours of Le Mans in 1966.’

I went to see it with a car racing enthusiast. (He has a scale model of the GT40 that won the Le Mans 66).  Like any film (or organisation) some people enjoy it and others don’t – the reviews are mixed. I   enjoyed it not for the engine noise, talk about 7000 rpms or the chequered flag, but for thoughts on organisations that it triggered for me.

At one level it’s almost the story portrayed in William Whyte’s, 1956 landmark book, The Organization Man.  Chapter 1 opens, ‘This book is about the organization man. if the term is vague, it is because I can think of no other way to describe the people I am talking about. They are not the workers, nor are they the white-collar people in the usual, clerk sense of the word.  These people only work for The Organization. The ones I am talking about belong to it as well. They are the ones of our middle class who have left home, spiritually as well as physically, to take the vows of organization life.’

The film portrays the majority of the Ford men as this type of Organization Man.  Whyte later describes ‘that contemporary body of thought which makes morally legitimate the pressures of society against the individual. Its major propositions are three: a belief in the group as the source of creativity; a belief in ‘belongingness’ as the ultimate need of the individual; and a belief in the application of science to achieve the belongingness.’  (In the film we don’t see the application of science to achieve belongingness).

This raises a discussion question – are employees organisational ‘belongings’, if so, is it by choice, or by default – for a more recent take on this look at this report on Humanyze or read Dave Egger’s  novel ‘The Circle’. (Or read a review here).

Contrast that with Ken Miles’s observation that ‘Ford hates people like us, because we’re different’. He was right.  Miles was a man searching for ‘the perfect lap’, in the perfectly tuned car.  He had no truck with organisation men and what they stood for.  Miles would never be an organisation man.  A memorable standoff came between ‘the suits’ and Carroll Shelby – who wanted Miles to drive the Le Mans race.  Leo Beebe (Ford Senior VP) refuses, saying, ‘A Ford man drives a Ford car.  That’s the Ford way.’

That was 1966.  Is it the same today?  I took a look at Ford’s website.  Under their heading ‘Diversity and Inclusion’ they say ‘Ford invites us to bring our whole selves – all of our passion, inspiration, integrity and uniqueness – into the office each day. … Our diversity makes us a stronger, more innovative team’.  I wonder if that’s how it really feels to Ford workers now?  Would they work with, or employ, men like Shelby and Miles?  How many organisations do value ‘weirdos and misfits with odd skills’?

Then there’s the challenge of resource.  Carroll Shelby will do the task in the impossibly short timescale if he’s given the freedom and the blank check to do it his way.   What he promises is ‘that I can get you to the race, I can’t promise you the win.’   But Shelby’s risk appetite is way different from Ford’s.  In one scene Shelby, in order to get what he wants, promises to hand over his entire enterprise, with no strings, if he things don’t go the way he predicts they will.   Organisations are constantly struggling with varying levels of risk to reward questions,  risk appetite and trade off decisions.  The film has many instances good for triggering an organisation design/development workshop discussion on those topics.

There’s a great showdown scene, with Beebe being shut in an office, and Henry Ford II being taken by Shelby for a ride in the racing car which sways things in Shelby’s favour – begging the question how do you choose how to challenge a leader’s decision?

Then there’s the agonizing scene where Miles is denied his Le Mans win because he/Shelby  decide to bow to a corporate edict.  Was that a fair demand on Miles/Shelby?  I’m still wondering.  ‘In an effort to ensure an attention-grabbing picture, Ford executives asked Miles, who was leading the race by a wide margin, to slow down and create a photo finish with two of the manufacturer’s other cars. But when French officials ruled another Ford driver was the victor because he started a few feet further back, Miles was shockingly denied entry into the winner’s circle.’

What films do you think make for good organisation design/development learning?  Let me know.