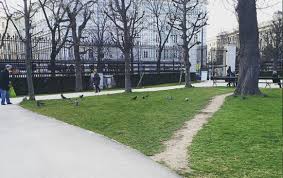 How would you answer this question?

‘I’m working with a client and thinking about whether their Business Partners (e.g., HR, Finance, Supply Chain etc) should report:

Someone asked me it the other day.  Here’s how I responded: ‘There isn’t a quick ‘right’ answer.  What are they trying to achieve?  What is the work? What arrangements will make the work more meaningful to the job-holder?  What are the measures that will evidence that a solid line maximises either consistency or customer service?

There are multiple other variables in the mix.  The quality of the relationships is one.  For example, the HRBP reporting as a solid line to their customer may not get on with that person.  Capability is another – an inexperienced HRBP may not have the skills to maximise customer service.

My answer may not be satisfactory to the questioner as it doesn’t give anything more than further questions.  But too often I see people reach for an organisation chart ‘solution’ to an issue, problem, or opportunity.

One reason for this may be that they equate an organisation chart with the phase ‘organisation structure’ and/or ‘organisation design’, and think that by changing the reporting lines and roles they are redesigning or restructuring.  This is not the case.  A traditional organisation chart is simply a visual representation of job roles into hierarchies, layers and spans.  Changing these elements clearly does change things but it is not a good starting point for design, redesign, or restructure.

In the article 10 Principles of Organisation Design, authors Gary Nielsen et al using the word ‘structure’ as a synonym for organisation chart rightly tell us to ‘Fix the structure last, not first. Company leaders know that their current org chart doesn’t necessarily capture the way things get done — it’s at best a vague approximation. Yet they still may fall into a common trap: thinking that changing their organization’s structure will address their business’s problems.’

Organisational structures are neither represented or organisation charts nor are structures simple.  They are much more complex and not, perhaps, amenable to a simple visual representation.  (See my blog ‘What I talk about when I talk about structure’).

Richard Karash’s blog ‘How to see structure’, describes structure as ‘the network of relationships that creates behaviour.’ Saying, ‘The essence of structure is not in the things themselves but in the relationships of things. By its very nature, structure is difficult to see. As opposed to events and patterns, which are usually more observable, much of what we think of as structure is often hidden. We can witness traffic accidents, for example, but it’s harder to observe the underlying structure that causes them.’

If you think that an organisation’s structure is represented on an organisation chart then think again.  Go even further in your thinking, consider the possibility that an organisation does not need a chart at all in the way we traditionally have one.  Aaron Dignan’s article The Org Chart is Dead explores some ideas around this, suggesting that ‘The problem with the not-so-modern org chart is that it presupposes that people generally hold one role, have one boss, and that both of those states are semi-permanent, at least in-so-far as the chart is worth printing and distributing.’

He rightly says that this is not the case as things are changing so fast in most organisations.  His view is that. ‘If Facebook is the social graph, we need an equally elegant solution to the organizational graph. This tool would be a living, breathing org chart — a dynamic network — combined with what I’m calling “GitHub for organizations.”’

A concept that is akin to this social graph are the ‘desire lines’ that urban planners work with, described by Robert Macfarlane, quoted in a Guardian article on the topic,  as “paths and tracks made over time by the wishes and feet of walkers, especially those paths that run contrary to design or planning”; he calls them “free-will ways”.

Similarly, Andrew Furman, a professor in interior design and architecture at Ryerson University in Toronto who has spent years looking at desire lines, says they illustrate “the endless human desire to have choice. The importance of not having someone prescribe your path”. In a heavily constructed city, there are “rules as to how public and public-private spaces are used”, he says. Desire paths are about “not following the script” … An individual can really write their own story. It’s something really powerful if you do have that agency to move.”

We may not want to go that far in an organisation but there are perhaps parallels in concepts of self-organising teams, and emergent strategy that suggest that rather than depict hierarchies, reporting lines, layers and spans we pick up on Dignan’s idea of ‘git hub for organisations’.

I wonder if the remote working, at least for white collar workers, triggered by Covid-19 heralds the end of the hierarchical organisation chart and its representations of command and control in various forms.  Interacting solely via technologies seems to having some impact on levelling hierarchies and allowing people close to the work to make decisions about it.

Didier Elzinga,  CEO Culture Amp, quoted in an HBR article,  believes that the shift to remote work will have profound implications for the organizational culture of big companies, especially when it comes to giving distributed teams autonomy to make their own decisions.

During the Covid-19 crisis his company has been holding a daily meeting with about 20 leaders ‘where they run through a deck of the latest information related to the crisis, which is then published on an open channel on Slack. Once they gave people the data they needed to contextualize their decisions, Elzinga and his team made an exciting discovery. Leaders were more comfortable distributing authority and allowing teams to make their own informed decisions, without wasting time chasing down information and approvals.’  Given the context and the data people can find their own paths and make the right decisions.

If we did this would we then be better able to design healthy organisations which avoided the maintenance of hierarchical structures which, Margaret Heffernan’s words produce perverse outcomes.’?   Let me know.