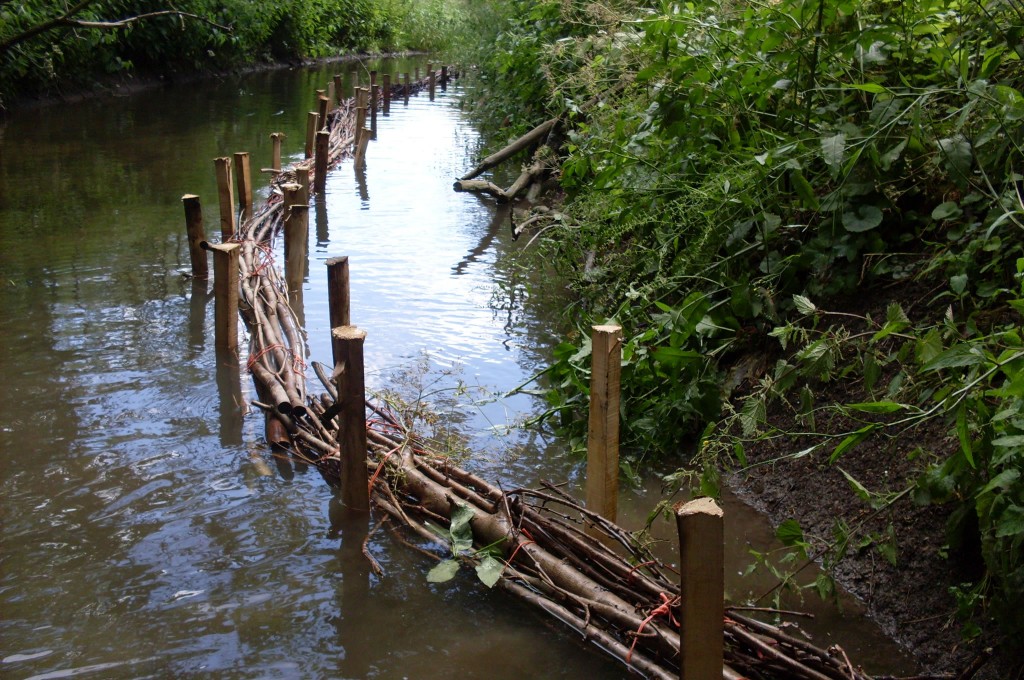 A friend of mine is a volunteer at one of the UK’s National Trust houses.  He goes each Wednesday and is one of the ‘outdoor team’.  That team is rather scornful of the ‘indoor team’, who apparently spend their day polishing.  The outdoor team does real things.   Last week he made 27 pointed sticks.

This began to feel like a day in my working life.  I’m trying to find out what the problem (or opportunity) is and it’s not that easy.   I almost leapt into assumptions.

Assumption 1: He was making pointed sticks.  This must be for defence or some kind of territorial impulse or wish to achieve advantage over someone else or for a re-enactment battle.   I thought it a bit like the ‘sharp elbows’ that described the Ford culture, among others.  Although, I didn’t go quite as far as thinking that the outdoor team was defending themselves against the indoor team – perhaps armed with spray polish – but it did occur to me.

Assumption 2: The pointed stick activity was a self-contained, bounded activity.  There were no handover points or decisions or delegated authorities from/to other parts of the process.

However, I recognised I might be making assumptions and reverted to questions– open, naturally, in the best consultant mode.  I discovered that the pointed sticks were part of a larger process.   I asked him if he could tell me where his activity was in the process and what happened on each side of his bit.

However, he was only really clear about his own role. Make pointed sticks.   He vaguely knew that other members of the outdoor team were bundling up sticks, while a further team was liaising with the Environment Agency.   But he didn’t know what for.   He had an idea it was about erosion and the river banks.  I noted the lack of clarity and common, shared purpose that is the hallmark of high performance working and left it there for the moment.

He went into a riff on how difficult it was to make pointed sticks without the proper equipment.  This is a story I have heard many times as I investigate work processes – people are trying to do things without the right equipment and/or information.   In his case, he had to improvise, show initiative, and do a workaround.   His first attempt was with a surform (too blunt), second with an axe (not easy to manipulate), third with a handsaw (no benchsaw available).  He stuck with the last telling me the issues with this solution and how a ‘giant pencil sharpener’ would have been the ideal tool for the job.

I enjoyed this story of his finding his own solution.   It told me that his manager recognises the value of empowering people.   She just wanted the job done, she was outcomes focused.  In fact, she rewarded him with the accolade ‘You’re my man’, when he showed her his work.   It also confirmed my view that the person who does the job knows what is needed to do it well.

However, requesting or suggesting that the ‘higher ups’ get a giant pencil sharpener wasn’t an option – volunteers aren’t part of the pay-roll so, like contractors and contingent workers, don’t have an organisational voice although they contribute to the organisation.    He could put his idea into the suggestion scheme, but these schemes don’t have a high success rate.

Unfortunately, the lack of proper equipment meant that he didn’t reach his target of 48 pointed sticks during his shift.  But, again his manager was understanding and said she would give the remainder of the task to the volunteer coming the following day.  (Incidentally,  he didn’t know why the target was 48).

Worth noting was that the manager recognised that not having the right equipment is costly.  It’s regrettable that all too frequently organisational budgeting processes sacrifice up front investing for paying far more than the investment price later.

As my friend pointed out, having a bandsaw (or giant pencil sharpener) would have meant he could have done all 48 pointed sticks in a tenth of the time it took him to craft 27.  It would have freed him up for other, perhaps higher value, work.  Of course, he’d have to have the skills and capabilities for other work.  Automating a worker’s task does not mean that the worker involved can be deployed on something else.

Realising I wouldn’t get the whole story, or even the process flow, with interdependencies, handoffs, and decision points from him and curious about ‘why pointed sticks’ I went off to find out more from the clues that I had.  Sensemaking is a necessary skill for organisation designers to practice.

A short trawl around the internet told me that the people bundling sticks were making ‘fascines’ and the pointed sticks were to anchor the fascines along the river banks to prevent erosion.   The Environment Agency is helping organisations that are having issues with water flow, learn about and implement natural and sustainable water flow control .   My curiosity satisfied I asked him what next week’s task was.  It’s ramps for cygnets.

What are you making sense of this week?  Let me know.